A Bit of Insight about Khmer Herbal Medicine

Many years ago, Cambodian forefathers relied on traditional healing methods to cure diseases, heal wounds, and recover from illness. The exact origins of traditional Khmer medicine remain unclear. Others say that it is inclined primarily with different regional distinctions or differences. It is also well-defined in its history however that it has been influenced by Ayurveda or the traditional Indian and traditional Chinese medicines. These foreign frameworks and practices were mixed with local beliefs and superstitions. 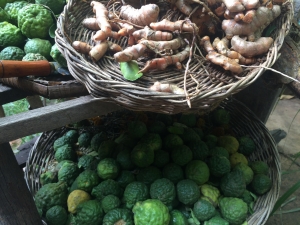 “Krou Khmer” are the healers and herbalists of Cambodian traditional medicine. They are experts in health care and healing. For centuries, they used to treat diseases making them the first people who formulated medical wisdom. The Krou Khmer traditional medicine is a form of naturopathic medicine. It uses natural remedies like roots, barks, herbs, and leaves, motivating the body’s vital ability to heal and maintain itself. Kind of magical for many, the traditional Khmer medicine stems from a deep understanding of life. It also develops a system of manipulating the human body.

Is there a regulation for Khmer Herbal Medicine?

In 1998, Cambodia introduced regulation in the field of herbal medicines. These became unrestricted and sold in over the counter and used for self-medication. From then on, pharmacies, special outlets, and licensed practitioners sell traditional medicines with no restrictions. To note, there are more or less 15 hospitals confirmed the using of Khmer inscriptions in Cambodia. With the existing Cambodian law, there are no claims may be made about herbal medicines. Now in recent years, traditional Khmer doctors have moved into mainstream practice: they are receiving recognition and training from the government at the National Center of Traditional Medicine. The center gives traditional healers from different regions an opportunity: to share their individual knowledge, techniques and train healers to a similar level and to assimilate their localized knowledge.

Is it to Combine with Modern Medicine?

Given that Cambodia is thriving economically, its traditional healing techniques co-exist with modern medicine. It often serves as a last resort for those seeking treatment. People mostly trust medicine from traditional healers more than synthetic medicines because they considered it as more natural. Aside from that, the Krou Khmer provides a treatment perceived as a bonus. Not to mention patients especially those who are poor who viewed clinics and hospitals as crowded and unfriendly places. Then, they tend to seek out the services of more traditional local healers as most often they don’t ask for money upfront.

The recognition of modern science with traditional Krou Khmer is great proof that the methods and techniques of which are no doubt viable and effective from then on.

Where to find Khmer Herbal Medicine in Siem Reap?

If you are looking for Khmer Herbal Supplements in Siem Reap, you can consider visiting Sra Thnam House: a wide range of Traditional Medicine and Natural Cosmetics are available.

We naturally grow the plants and herbs we use straight from our farm or we carefully select them among the most trustful suppliers.

At Sra Thnam, you can also benefit from a Traditional Therapeutic Khmer Massage.

About the Author: Sra Thnam

Enriched by her experiences in holistic traditional healing and caring, Kim is inspired by spreading the Secular Khmer Wisdom. She is gratefully convinced that Khmer Healing Culture Tradition is tremendously efficient either as a healing treatment than as prevention in a cure.

We use cookies to ensure that we give you the best experience on our website. If you continue to use this site we will assume that you are happy with it.Ok